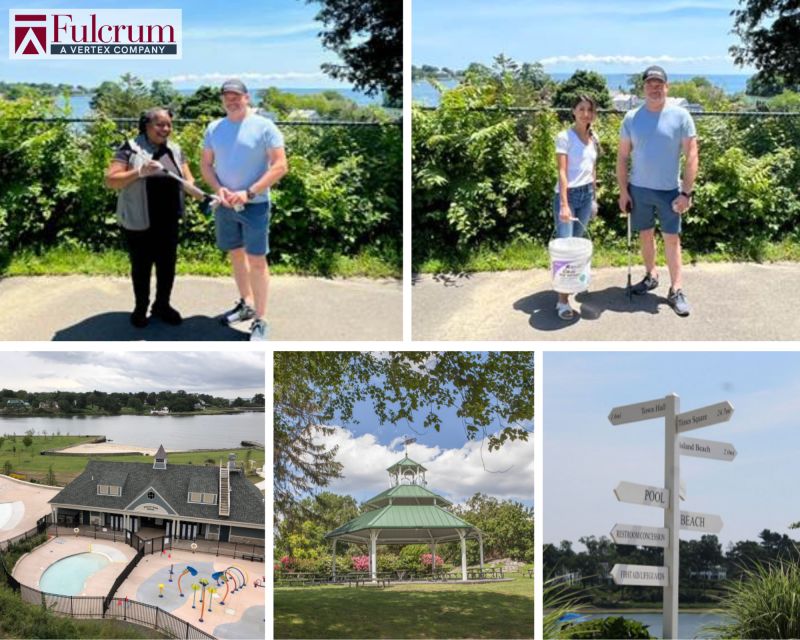 Another successful #FulcrumCares event for the Fulcrum New York Team! Recently the team spent part of their day cleaning up Byram Park at Long Island Sound. All collections were reported to the Ocean Conservancy.
Byram Park was originally a 20-acre quarry site for Byram Bluestone, which was used for many projects, including iconic structures like the Brooklyn Bridge and the Statue of Liberty. Byram Park is located between Byram Shore Road and Long Island Sound, dating back to 1918. Later, the site acquired an additional 10 acres from the William Rosenwald estate, which included an outdoor swimming pool. Today’s Byram Park consists of more than just a beach and the town pool; it has a marina, a boat launch, boat club, clambake pavilion, a lighted baseball field, tennis courts, a playground, and a splash pad. It made Byram Park a community hotspot for everyone to enjoy.

Thank you, New York Team, for your continued outreach and for making the community better!